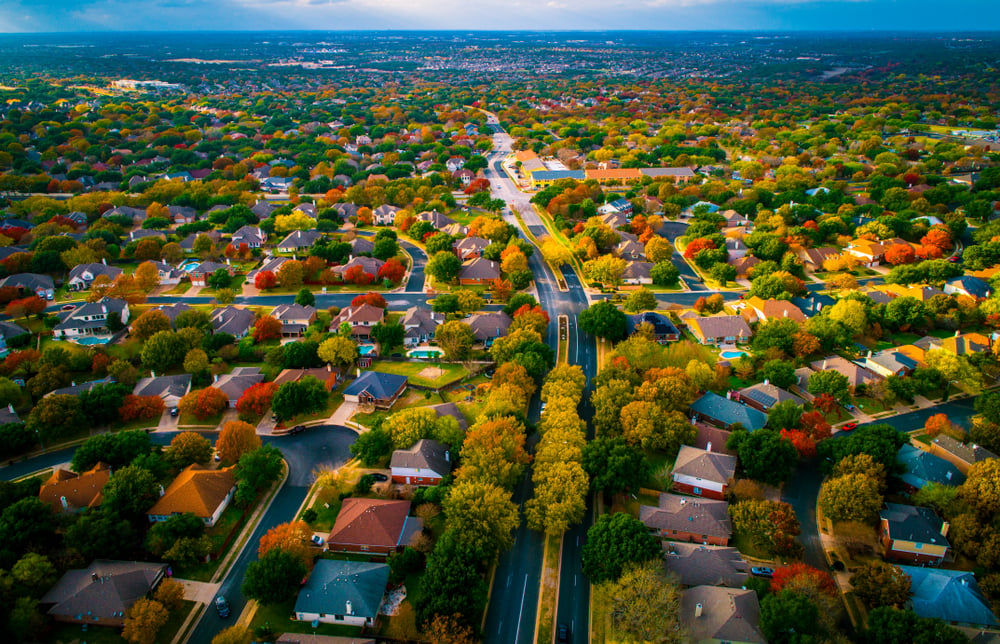 With a population only second to California, Texas has a huge amount of opportunities for a wide range of people and industries. Not only is real estate investing one of those industries, but drawing people from all walks of life from all over the country also boosts the real estate market as a whole. Because of this influx, Texas is among the fastest-growing states in the country, alongside California, Florida, Arizona, and North Carolina, so let’s learn more.

Background of the Texas market

With median home values surpassing $300,000 in 2021, the Texas housing market is seeing meteoric increases in market prices. However, this doesn’t mean that it’s unattainable to enter, nor has it always been this way. Housing sales have multiplied by almost 5x from December 1990 to December 2021, and while median prices have increased by a similar amount, most of this increase has occurred in the last five years.

Why is Texas so popular?

So what’s caused this recent boom in Texas population and housing? There are a number of large factors, including a thriving economy, no income taxes, affordable cost of living, and being a landlord-friendly state. From taking lease violations very seriously and prioritizing landlords’ rights to many Fortune 500 companies moving to Texas cities and the potential for higher ROI due to no income tax, it’s clear why so many people are relocating to the state. This leads to increased demand for housing, which fuels the real estate market and gives lots of opportunity for investors.

While there are tons of rental properties with huge potential in Texas, the state is so large that it’s necessary to narrow down where to start looking. Some Texas markets are poised for skyrocketing growth, while others are beginning to plateau or never really took off in the first place. Being informed on this can mean the difference between buying a property with plenty of space to increase in value, or one that’s going to lose money and struggle to be filled — so let’s take a look at the best markets in Texas for real estate investors.

The largest city in Texas, Houston has a high Price-to-Rent ratio of nearly 38 and 57% of its population rent. Its surrounding cities like Galveston and Sugar Land are up-and-coming locations to look around Houston due to their increases in home values and high average rental income of around $2,000 per month. While the initial investment cost won’t be as low as smaller communities, the potential for profit is worth it if you pick the right property.

Similar to Houston, the DFW area has plenty of opportunities for real estate investors, particularly in cities such as Garland and McKinney. In fact, McKinney has been listed as one of the best places to live in the country for years due to its safe atmosphere, booming economy, and amazing education. However, Dallas is an incredibly hot housing market so if you see a promising deal, don’t wait to buy or it will disappear.

Another large Texas city (and where we’re headquartered), Austin has been cited as one of the fastest-growing metropolitan areas in the entire country. The Austin-Round Rock metro area has increased by almost 15% in population from 2015 to 2020, and things have only heated up since then. It’s seen explosive growth in home value, partially due to major tech companies like Tesla, Apple, and Samsung moving to the city. Round Rock is a suburban city north of Austin, and is a beautiful but more affordable market in the area. The abundance of newcomers to Austin means that many look for housing in Round Rock, which provides plenty of opportunities for real estate investors.

A lesser-known market, Odessa lies in western Texas and saw home prices increase by 18% from 2020 to 2021. Not being part of a large metropolitan area, investors can find much more affordable properties with anticipated growth potential. A particularly influential factor here is the oil market, to which Odessa has strong ties, and that the real estate market tends to follow by about a year. Choosing the right timing for investing in a city like Odessa can mean a highly-profitable investment property with a lower initial investment than larger cities.

About an hour and a half southeast of Dallas, Tyler is a stunning city with a strong (and growing) economy that has been attracting more and more people to it. A relatively high Price-to-Rent ratio of 27 also means that many people are renting rather than buying, which is a great sign for long-term investment properties. Housing options are already starting to be snapped up so get in while you can.

Finance your Texas rental with Visio

Whichever Texas market you decide to invest in for your next rental, get started with the nation’s leader in rental loans. Texas is our home state and we have over a decade of experience in the market, so partner with someone who can help set you up for success.