The Funniest Thing a Tenant Ever Did to Me 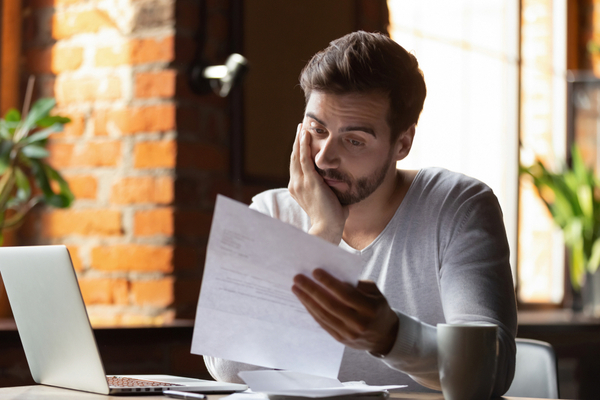 Have you ever noticed that the very funniest stories that we have to tell were not in the least bit funny at the time the events occurred?  It seems that only the detached perspective that comes with the passage of time can mysteriously transform the horrible to the hilarious.

Awhile back, a tenant of mine quit paying.  Nothing new there, business as usual.  After a few days had passed, I stopped over to find out "the scoop".

Turns out that they had inherited a house in Ohio, and were moving out.  I was assured that they would be gone within 2 weeks, and the property would be left in pristine condition, better than if Mr. Clean himself had recently vacated the property.

On the "do or die date", I went over to the house.  No vehicles were in the driveway, so I stopped and knocked on the door.  Much to my surprise, a 4 foot tall little boy who couldn't have weighed more than 60 pounds soaking wet, informed me that his mommy and daddy had gone to Ohio to settle some business, and that he was "watching the house".

My tenants, folks; had left their tiny son as a "placeholder", so that I could not rekey and take possession of the house.  I'd imagine cartoons were being watched until 3am nightly, and that very little other than breakfast cereal was being eaten on the premises.

Although I knew it was contrary to my own best interest (pissing off a soon-to-be-evicted tenant is the metaphorical equivalent of kicking a beehive and not running), I decided my primary responsibility was the safety of the kid, so I called the police and informed them of the situation.

Little did I know, my tenants, like master chess players, had anticipated this move.  NC state law allows a child over 13 years old to be left alone for up to 72 hours in the case of an emergency.  The little boy (whom I’ll eat my hat if he was really 13, but 13 year olds don’t have ID’s, do they?) calmly explained to the police that his grandmother had suffered a heart attack and that his parents had to rush to Ohio, but would be back well within the statutory 72 hours.

Score: tenants 1, landlord zero.  They did indeed trash the place on the way out, and their little boy "bookend" strategy worked like a charm.

If my tenants had shown 1/4 of this initiative earlier, I have no doubt that they could have successfully paid their rent on time and vacated smoothly, rather than becoming NC child-safety law experts and concocting this grand scheme.  Sometimes the choice is between laughter and ulcers, so I choose laughter.  Laughter's medicinal properties beat Maalox hands down.

Lou Gimbutis, owner of Property Solutions, LLC, www.SoldCarolina.com and www.123EscapeForeclosure.com, has been buying and selling houses full-time since 2004, first in Michigan, then after moving to NC in 2007.  He serves as Director of Education for the Metrolina Real Estate Investor’s Association.