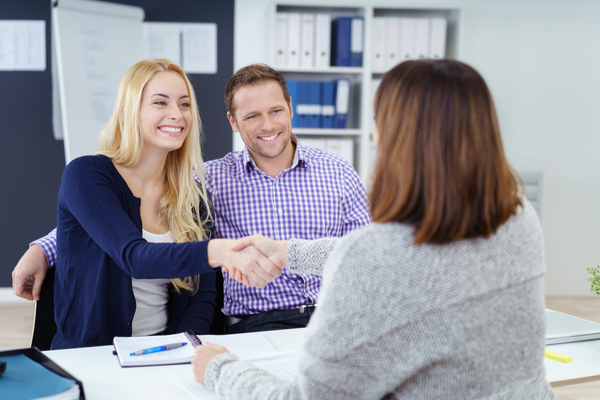 When browsing the web or watching the news, it might look like young adults are not particularly interested in owning a home. In some instances, it might seem like they are particularly pessimistic in their ability to transition from renter to homeowner, even if they want to. However, this may not be the case across the board. A recent survey of American and Canadian young adults shows some optimism in current and future home ownership - especially in the US.

While perceptions often differ from reality, it can be helpful to understand the relative pessimism and optimism of groups as they relate to economic possibilities. With this in mind, when do younger Americans and Canadians think they'll be able to buy their first home? What could this mean for landlords and investors today?

Looking Over the Results

With 1000 respondents in each group, Americans were generally more optimistic than their Canadian counterparts when it came to estimating when they would be in a financial position to buy their first home. More Americans than Canadians believed they would be able to buy a home in 0-3 years and 4-7 years. Combining these responses shows 35 percent of American and 27.8 percent of Canadian young adults believed they would be able to purchase a home before the 8 year mark.

This does not mean that Americans consistently showed more optimism than Canadian young adults across the board, however. American and Canadian survey participants nearly tied (18.8 percent compared with 18.2 respectively) when it came to respondents believing they will never be able to afford homeownership.

What Could This Mean for Landlords and Investors?

While a belief in an ability to buy does not necessarily indicate an intent to buy, it may be wise to at least entertain the possibility of younger Millennials/older Gen Zs entering the market at a higher rate than we have seen in older Millennials over the past several years. Additionally, those that already own homes (almost a quarter of Americans surveyed) may add to available inventory if they decide to list their property for sale due to changes in employment or simply wanting a change of scenery.

With close to 19 percent of young adults not planning on ever owning a home, it appears that landlords and investors should still be able to rent to this age group for some time. Mixed-use real estate may also be another option for investors who want to hedge their bets with long-term leasing agreements with commercial tenants and shorter leases with residential tenants.

Will the Housing Market Experience Disruption?

Will some of the young Millennials, such as those participating in the survey, be able to disrupt the housing market? Is it possible to have it both ways? Millennials are currently blamed for slowing home value growth. Almost a third of 18-34 year olds live with their parents, but many want to move out on their own. Those young adults who already own their home may be able to appreciate the steady improvement seen in home prices, protecting their equity. Given the oft-cited preference for urban areas, some might assume real estate prices in larger cities may grow at an accelerated rate should these predictions come to fruition.

While an opinion survey cannot predict the future, it does raise a few questions that investors might want to ask themselves. Will there come a time when young adults buy and sell real estate at a higher volume than today? If so, how might this change market and, ultimately, one's investing strategy?