Prefabricated Homes and Why They are Becoming Popular

Prefabricated, or modular homes, are houses that are not built on site, but rather pre-built in factories and then only assembled when they are deployed to their future location. Their history is very long, with the first mention reaching all the way back to Ancient Rome. In the USA, an early version of prefab homes was sent from England in the 1600s, and in Australia, prefabrication came with the first settlers. The trend really took root, however, during the post-WWII baby boom. Today, almost 70 years later, modular homes are gaining popularity in parts of the U.S. and are going through their second golden age in Australia. Let's see where this resurgence comes from:

Since they are already half-produced and based off on an existing design, the construction of prefabricated homes is often much shorter than with traditional buildings. Once the parts are deployed to the building site, putting them together doesn’t take more than a couple of days. This practically eliminates all delays and additional costs caused by bad weather.

A variety of available designs

As simple as they are to construct, prefabricated houses are just as easy to adapt to your current needs. Although one would assume that, since they are coming off the “factory line” such buildings offer very little variety, that can’t be further from the truth. The number of existing and up-and-coming designs is truly inexhaustible with the customization options going as far as energy solutions.

Modular homes are very resistant to structural defects such as wear and tear. Therefore, they produce very low ongoing maintenance costs.  Additionally, according to some local legislation acts, property owners and strata managers are obliged to hire professionals to formulate a detailed initial maintenance schedule and make maintenance even more efficient.

The automated factory production of home modules allows for dangerous waste and residue to be minimized, so homeowners don’t have to worry about the environmental impact. Also, prefabricated homes are known to be very sustainable and energy-efficient, which allows their owners to save a lot of money in the long run, and in an environmentally-friendly manner.

A great degree of quality control

One benefit of your home being produced on a factory line is that the home modules are made in a highly controlled environment, according to strict industry standards, and they feature all the necessary certification once they are produced.

A lot of remodeling options

There is a common misconception that prefab homes are hard to remodel, due to their modular nature. The truth is that, as long as you pay attention to structural integrity and know what you're doing, just as you would with a traditional house, you can remodel your prefabricated house as much as you want. Of course, with the perk of construction being faster and more affordable.

As we can see, modular homes offer a lot of benefits. With the passage of time, they can only become more streamlined, efficient and cheaper. Who knows, maybe one day they will truly become a go-to housing solution. The world is changing, so why wouldn’t our idea of a house go with the flow? 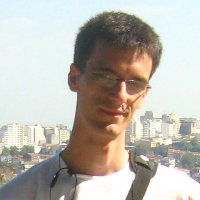 Mike Johnston is a home improvement blogger, DIY enthusiast and sustainability buff from Sydney. He is a regular writer at Smooth Decorator and contributor on several interior design, real estate and eco blogs, always on the lookout for new ideas and the latest trends in these fields.